Does the Ratio of Twitter Followers to Following Matter?

Yes, the Ratio of Twitter Followers to Following Matters and here’s why….

A normal progression is to go from newbie to relationship builder and eventually to a newsmaker.

When you look at someone’s Twitter page, it shows the number of tweets, followers and following as well as how many tweets they’ve tweeted. If you see thousands of followers, few following and very few tweets, that’s probably a fake account. The balance is not right. The people that create these fake accounts are very clever. They’ll put pictures, give them certain interests and even a location.

Click on who’s following them. Yes, anyone can view someone’s followers and who they are following, which is why you need to be a bit selective in who you follow. Sorry, but you really can’t do anything about who’s following you. These fake accounts are what they sell you when you take one of those tempting, but totally wrong, offers of buying thousands of Twitter followers. Twitter regularly purges fake accounts.

Another important factor of Twitter is that tweets come up in Google search page results based on keywords and phrases, which helps tremendously with SEO.

Take Control of Your Marketing!

What is a Social Media Emergency? (And What to Do About it!)

Can Your Business Survive without Social Media Marketing?

What is Social Media Marketing: What You Need to Know… 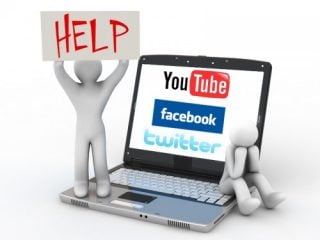